FOREWORD FROM THE EDITOR

Who is Benjamin Franklin and why in the history of America is he so popular?

Was he a politician? A scientist? A philosopher? A moralist? A philanderer?

What I have learned from Benjamin Franklin I have tried to judge through the lens of his own story, told by himself, in this memoir to his son William.

Having read his history and completing this abridgment of his autobiography, I am persuaded that Benjamin Franklin was the Original American Influencer, and a brilliant one at that. Before Instagram and Twitter, Franklin stood out as the man to follow, to be endorsed by and to find favor with.

What made Benjamin Franklin so enormously authoritative was his ability to write persuasively. He concedes his limitations of speech and even says that “I was a bad speaker, never eloquent, subject to much hesitation in my choice of words, hardly correct in language.” Yet, in the same sentence he boasts of his “weight with his fellow-citizens and influence in public councils.”

He owned a printing press, a newspaper, an almanac and changed the world with writing. When America needed a Declaration of Independence then a Constitution, they turned to Franklin.

As for morality, Benjamin had a curious case of it, even leaving “chastity” mostly out of his list of virtues.

Yet, there’s something in his presence, looming, that changed America. 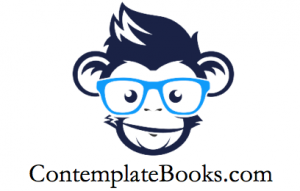